Patricia Maunder completed an arts degree (with honours) at the University of Melbourne in Australia, focusing on English literature and also studying Latin, Old English, linguistics, fine-art history and cinema. Since graduating she has also undertaken studies in German, Mandarin, French and piano.

While an undergraduate, Patrica’s other pursuits included student politics, DJing at clubs and events such as the Big Day Out, and volunteering at Melbourne public radio station PBS-FM, where she produced and presented regular music and film programs for several years.

She also began her freelance writing career while at university, contributing to various Australian street press (including a weekly column for Beat magazine), then for major publications such as The Age (where she also had a weekly column), The Sydney Morning Herald and UK magazine Muzik. Among the many people she interviewed during this period were film director Peter Jackson and the Australian Chamber Orchestra’s Richard Tognetti.

For some time, Patricia balanced freelancing with work at citysearch.com.au, where she was a member of the editorial team for 10 years, the last five as national editor. This dynamic role’s tasks included writing, sub-editing and commissioning content, team management and editorial strategy.

She resigned from Citysearch to return to freelancing in 2007. Patricia once again contributed to The Age and The Sydney Morning Herald, and other media such as The Weekly Review, Outback and Bookseller + Publisher magazines, Fairfax book The Good Food Shopping Guide, the ArtsHub website, ABC Radio National’s Book Show and was the Melbourne reviewer for the UK’s Opera magazine. She also used her way with words for commercial clients such as Australia Post and Tourism Victoria, and was a founding member and co-organiser of The Vault, a monthly salon for Melbourne’s creative community.

In 2012, Patricia moved from Melbourne to Montreal, Canada. From here she continued to file for Australian publications, including The West Australian, The Saturday Paper and Get Up & Go magazine, while adding Canadian media such as Montreal’s The Gazette, The Vancouver Sun, Quill & Quire and CAA magazine to her roster. She also began writing for other international publications including bachtrack.com and New Zealand’s The Dominion Post. During her time in Canada, Patricia interviewed luminaries such as Margaret Atwood, Ricky Gervais, Susan Sarandon and opera star Renee Fleming, while travel writing took her from Toronto’s arts scene to Quebec’s ice hotel and Newfoundland’s Viking site.

Since returning to Melbourne in 2016, Patricia has interviewed the likes of conductor Sir Andrew Davis and continued adding media to her contributing roster. These include Royal Auto, Gourmet Traveller, Escape, The Weekend Australian‘s Travel + Luxury, Australian Book Review, House of Wellness magazine and The New Zealand Herald‘s travel pages. She also became Limelight magazine’s Melbourne theatre and opera reviewer, and a copywriter for Spirit of Tasmania and the City of Melbourne What’s On blog. Her first book, a curated travel guide to Montreal, was published in Australia, the UK and USA by Hardie Grant in 2019.

She is a member of the Australian Society of Travel Writers and Media, Entertainment and Arts Alliance, and upholds their codes of ethics. 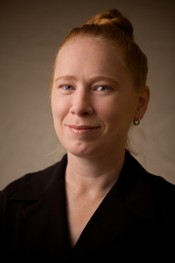